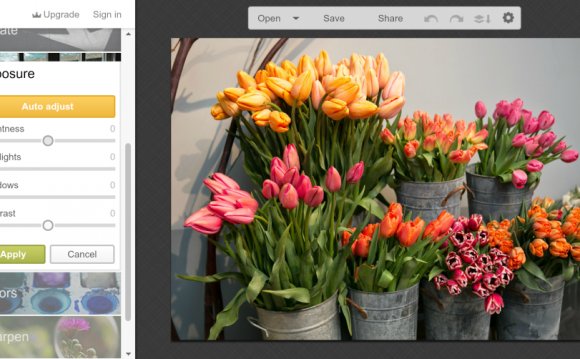 As far as I know, it's the only serious recent venture at software to create web layouts in a design-y way. Cost is a $20/month recurring fee, so you could use it to get people started, then ditch it when they no longer need it.

BUT - from everything I've read about it, it sounds like a bad plan. Basically it sounds like it's all about fixed unit sizes and inflexible layouts, and turns elements into static images the moment things get complicated. And it creates horrible unusable inflexible code, so it's basically just for prototyping or making comps/concepts.

Based on this, using it sounds no better than the old workflow of Photoshop or Photoshop Elements or Fireworks or GIMP or PixelMator to create a comp/knockup, then, when that's agreed as a concept, get coding. It sounds like the only thing it would add is clickable links in the comp / knockup and possibly semi-usable CSS, at the cost of heaps of design features.

Here's an excellent review where several pro designers and developers try it out - their verdicts are sophisticated, considered... and almost unanimously brutally negative. Everything else I've seen on it has had the same verdict, even when people try to give it the benefit of the doubt.

THAT SAID - the reason Adobe charge a subscription for it is they want it to evolve and they want to add features quickly. So it might suddenly get a whole lot better. I'm skeptical... but maybe they'll prove us wrong.

If they did get it right, it'd be useful - you could design layouts you could show people in a real browser, with real interactive elements and real clickable links, then, when a design has been chosen, export the CSS file and some of the images, which you use it as a starting point as you begin work on the final layout and final CSS/ images. But I haven't seen anything suggesting it's there yet. It's also unlikely to go mainstream while they keep it subscription-only.

So it might be worth keeping an ear open in case it improves. Might even be worth trying it out, since it's subscription-based therefore low risk.

EDIT: Looks like recent updates have focussed on interactivity, and support for mobile designs. Both are things that would be useful to have in web design knockups, so maybe it is heading in the right direction. But it still looks like they're all about rigidity - a site's 'mobile version' and a 'tablet version' and a 'desktop version', rather than anything about responding responsively to a browser's actual dimensions and features.