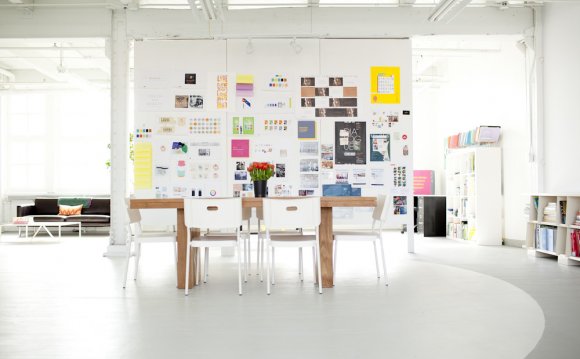 Photographed from an exhibit wall at the Lubalin Center in NYC in which designers were asked to comment on various iconic designs as part of the center’s collection. Jessica Helfand and I both wrote about art Director/Designer Lou Dorfsman’s ad, circa 1961, for CBS. The text under the largest “ha” reads, “He laughs best who laughs last”—an ad explaining the broadcasting company’s success in focusing on comedy television.

From Cave to Code

This Eye Magazine blog offered the chance to write about what I learned in writing (and designing) a graphic design textbook.

A five-year writing and design project. The last word in the book is, “whew.” Check it out on the Pearson site, or through Amazon.

This must be what design heaven looks like. The image attached is a showing of some of the winning posters that I helped select in a September 2010 judging as part of the Australian Graphic Design Association. The competition had a theme—to explain what graphic design can mean to the community socially, culturally, and financially.

GFX SCHOOL AND STUDIO OF DESIGN ONLINE NYC REFLECTION AND ...